Jason Brantman is a Director of Theatre, Film, TV, Immersive and Live Events, currently living in New York. Recent divergent credits include a piece for Full Frontal with Samantha Bee, broadcast on TBS – and the West Point Holiday Show, broadcast on Fox. Along with Fiona Santos, he is the co-creator and director of Pachanga and Palmera Live, two new immersive musicals in Riviera Maya, Mexico.

For over a decade, Jason has been on the directing team for the US OPEN Tennis ceremonies, getting to work with incredible musical legends ranging from Phil Collins, James Taylor, Aretha Franklin, and Diana Ross to theatre icons Leslie Odom Jr, Norm Lewis, Idina Menzel, and Ben Vereen. This event has been broadcast live on CBS and ESPN to millions of homes around the world, and includes Jason’s favorite part – directing 40 West Point Cadets unfurling the largest American flag in the northeast.

Some other favorite projects include the following for Alliance Connection: Summer with the Stars – a week of events and concerts in Cancun, Mexico – featuring 13 stars from American Idol plus host Joey Fatone (‘N Sync). Another – the Ultimate Rock and Roll Experience – a week of events at the Hard Rock Hotel in Punta Cana, Dominican Republic – culminating in a New Year’s Eve concert with band members from Billy Joel, Survivor, .38 Special, Starship, Wet Willie, and Night Ranger. All of these events helped raise funds for the awesome organization Little Kids Rock – providing modern band curriculum, teacher training, instruments and resources to disadvantaged public school students across America.

Other live events include: productions for Walt Disney Entertainment, ABC’s “The View,” Radio City Music Hall, and production stage manager for The Water Coolers – both off-Broadway and as a show for corporations such as Microsoft, Toyota, JP Morgan, Lego, Caesars Entertainment Las Vegas, and the launch of Microsoft’s Xbox 360.

NYC and regional theatre directing credits include: Spring Awakening and Peter and the Starcatcher for Sharon Playhouse (Artistic Director – John Simpkins), the world premiere of Lady Chardonney at Theatre Row on 42nd Street, the NYC premiere of Are We There Yet? at Queens Theatre, and the US premiere of Imaginary for Broadway Training Center.

In addition to directing plays, musicals, and live events, Jason has been the director of several improvisation troupes across the northeast.  He received his improvisation training at SAK Comedy Lab (training ground for Wayne Brady).

On the filmmaking front, Jason has had the privilege of working with Emmy Award Winning Documentary filmmaker Slawomir Grunberg.

Jason has a passion for animals, and loves collaborating with them whenever possible.  He had the honor of being part of the opening team of Disney’s Animal Kingdom, performing in a breathtaking free-flight bird show called Flights of Wonder (developed and run by one of the foremost animal trainers in the world – Steve Martin). During his time at Disney World Orlando, Jason got to perform at each of the 4 Disney Theme Parks.

Jason is a proud member of SDC – the Stage Directors and Choreographers Society, and AEA – Actors’ Equity Association.

Jason is a graduate of Cornell University, and very much enjoys bringing his love of theatre to the next generation.  At the college level, he has been an adjunct professor at NYU, a director & guest lecturer at Cornell University, and a guest lecturer at Hofstra University.  At the pre-college level, Jason is show director for the CASA programs at Queens Theatre & Queens College, providing theatre arts programs to hundreds of inner city students in Queens. He has been a senior director at Long Lake Camp for the Arts, has directed at French Woods Festival of the Performing Arts, and has worked with the Helen Hayes Performing Arts Center – Youth Theatre Program.  Jason is currently the co-artistic director of Broadway Training Center with his inspirational partner Fiona Santos and their mercurial child Mouser. 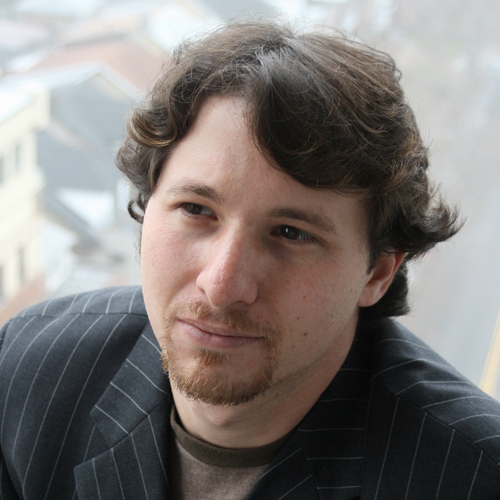